History Supreme: The most expensive yacht

Stuart Hughes, the luxury jeweller, is a creator of the famous sailboat History Supreme. He traded it for around 4,8 billion dollars and it became the most expensive yacht that has ever been sold.

Hughes is best known for transforming iPads and iPhones into luxuries by decorating them with gold or leather and adorning them with diamonds. His most well-known piece is a 500-diamond iPhone 4 . Its price is $6.4 million.

According to some sources, the remarkable yacht took three years and over 10,000 kilograms of solid gold and platinum to build. They adorn the dining room, deck, railings, stairways, and even the anchor.

The master suite has a meteoric stone wall and a sculpture made of actual T-Rex bone from Arizona. The bone alone is worth approximately $89,000.

There are hints that Robert Kuok bought the super vessel for ten times the price that Roman Abramovich paid for his Eclipse superyacht. He is one of only three Malaysians with a net worth of $11.5 billion, according to the Forbes billionaire’s list. If the purchase price is correct, the most likely buyer is Robert Kuok, the richest man in Malaysia. 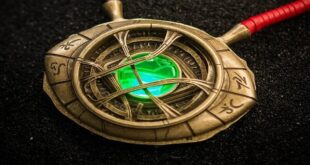 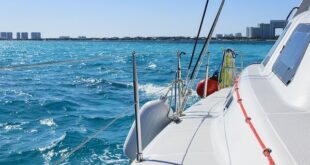